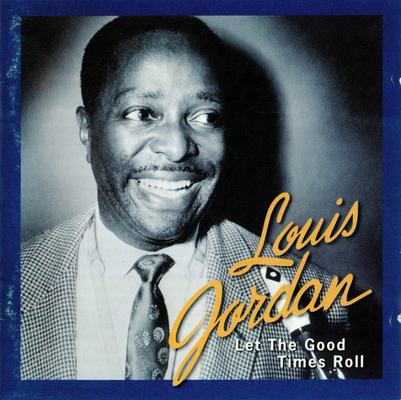 Overlooking Bear Family’s comprehensive nine-disc box, this double-CD set is the best reissue ever on Louis Jordan, and the first truly comprehensive domestic release on Jordan’s work to feature state-of-the-art sound. There are holes — only a relative handful of the tracks that Jordan & His Tympany Five recorded in 1939 and 1940 are included, although those that are here represent most of the best of them — but not huge ones, and every major Jordan track from 15 years of work is present. The quality of the digital transfers is as alluring as the selections, the mastering so clean that it sounds 20 years newer than one could ever expect based on the songs’ actual ages. The 1941 vintage “Pan Pan” and “Saxa-Woogie” place the band practically in the listener’s lap, with solos on clarinet, tenor sax, etc., that have smooth, rippling textures and barely a trace of the noise one should expect from early-’40s tracks bumped to digital — and the fidelity of these, and “Boogie Woogie Came to Town,” “Rusty Dusty Blues,” etc., all run circles around any earlier reissues. Similarly, the drums, hi-hat, trumpet, sax, and ensemble singing on “Five Guys Named Moe” are crisp enough to pass for modern re-recordings, except they’re not. Indeed, until you get to “Ration Blues,” from 1943, there aren’t many overt hints of the compression inherent in masters of this vintage, and that’s the exception — “G.I. Jive” and “Caldonia,” cut one and two years later, have the kind of sound textures one more expects out of audiophile releases. Disc two opens with “Ain’t That Just Like a Woman,” a perfect blueprint in style and execution (check out Carl Hogan’s guitar intro) for the sound that Chuck Berry popularized ten years later. Of the later material, only “Run Joe” sounds a little less distinct than the rest. “Life Is So Peculiar” features Louis Armstrong, as vocalist with Jordan, in a beguilingly funny duet from 1951. By that time, Jordan’s formula for success was past its prime, and he and Decca Records were looking for new approaches — “Teardrops from My Eyes” wasn’t it, adding an obtrusive organ played by Wild Bill Davis to the mix. The later incarnation of Jordan’s band on these tracks is a more restrained and sophisticated big-band unit, without much of the wild jump blues feel of the ’40s Tympany 5 — a 19-year-old Oliver Nelson can be heard on alto sax, incidentally — but occasionally they capture the feel of the old band, as on “Fat Sam from Birmingham.” This version of Jordan and his band and the way they’re recorded are still superior to the incarnations of Jordan’s group that turn up on his later recordings for Aladdin and Mercury. ― Allmusic