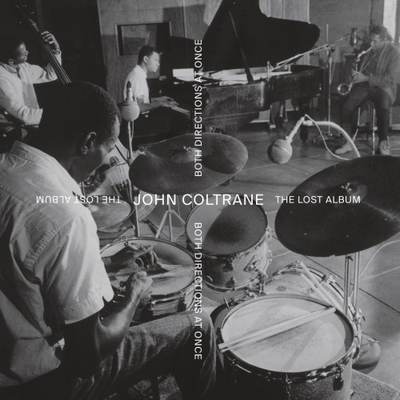 Years of canonization have obscured how John Coltrane was at a bit of crossroads in the early ’60s, playing increasingly adventurous music on-stage while acquiescing to Impulse!’s desire to record marketable albums. Whenever he could, producer Bob Thiele would capture Coltrane working out new music with pianist McCoy Tyner, drummer Elvin Jones, and bassist Jimmy Garrison. One of these sessions happened at Rudy Van Gelder’s New Jersey studio on March 6, 1963, when Coltrane’s quartet was in the thick of a residency at New York’s Birdland and just before they were scheduled to cut an album with vocalist Johnny Hartman. John Coltrane and Johnny Hartman appeared in record stores in July 1963, but apart from “Vilia,” which popped up on an Impulse! sampler in 1965, the March 6 session sat on the shelf for decades, eventually getting ditched when the label decided to clear out its vaults in the 1970s. Coltrane’s reference tape survived, eventually unearthed by his family and assembled for release as Both Directions at Once by Impulse! in 2018.

Both Directions at Once — which is available as a single disc and as a double-disc set containing all the alternate takes from the session — exists on a plane that’s somewhere between a rehearsal and a finished album. Two of the original songs are untitled, their melodic themes are perhaps a shade fuzzy, the band is vigorous but loose. It lacks the polish of the albums Impulse! released during Coltrane’s lifetime, in other words, but that slight rough edge also lends Both Directions at Once no small share of vitality which, in turn, makes it seem even livelier when compared to the two collaborative LPs the label put out in 1963. Throughout the recordings, the quartet is stretching and testing itself, inching ever closer to the exploratory sound that would define Coltrane’s mid-’60s. They’re still firmly within the realm of accessible bop here, expanding “Nature Boy” and finding crevices within the bars of “Slow Blues,” while the original material — including “Impressions,” which would provide the title track on a subsequent 1963 album — is conversational yet elliptical, pushing at the boundaries of the expected without truly breaking free. As a historical document, this is a necessary footnote, providing evidence that the experimental side of Coltrane did not lay dormant during the early ’60s, but the pleasant surprise is that Both Directions at Once is also enjoyable on its own terms as a long-playing record. Impulse! has sequenced the existing recordings so they have an ebb and flow that mirrors a finished album. Just as impressively, the bonus disc of alternate takes works on its own terms, while also lending an illusion that the first disc is a completed work. And that means Both Directions at Once is truly a rare thing: an important discovery from the vault that’s also a blast to hear. ― Allmusic