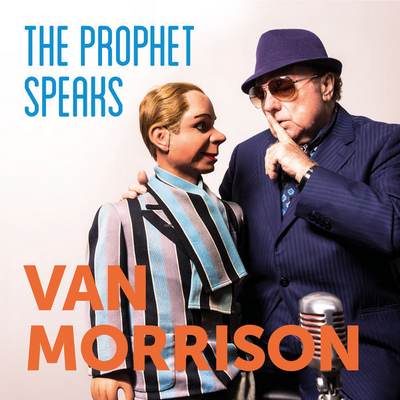 Instead of celebrating the 50th anniversary of the classic Astral Weeks, Van Morrison continues to deliver new work at an enviable pace. He’s long sought to release more than a recording a year in order to keep pace with his intense work ethic. In 2016 he finagled a strategy to accomplish this when he signed separate yet simultaneous label deals allowing him that freedom. The Prophet Speaks is Morrison’s fourth outing in 18 months. It follows the same musical template begun with 2017’s Roll with the Punches and Versatile in juxtaposing originals with vintage blues, R&B, and jazz covers. This particular set also continues the association he developed with organist and trumpeter Joey DeFrancesco’s fine quartet — illustrated so ably on the jazz-heavy You’re Driving Me Crazy. The Prophet Speaks digs deeper into blues and R&B than its predecessor, but sounds equally loose, joyous, and spontaneous. Its 14 tracks contain six new originals sequenced among eight skillfully performed standards. The fingerpopping opener is Eddie “Cleanhead” Vinson’s “Gonna Send You Back to Where I Got You From,” with Morrison delivering a shouted jump-blues vocal as DeFrancesco doubles on Hammond B-3 and trumpet. Bassist Troy Roberts also holds down tenor and soprano saxophones, creating the effect of a whole horn-section, as guitarist Dan Wilson delivers jazzy vamps around Michael Ode’s swinging drums. Morrison’s voice in John Lee Hooker’s “Dimples” rumbles with the sensual feel of the original, though its chart is a polished groover as DeFrancesco and Wilson offer brief, killer solos. Introduced by a righteous electric piano buoyed by upright bass, the original “Got to Go Where the Love Is” is a soul-gospel tune that would have fit nicely on 2016’s Keep Me Singing. Sandwiched between wonderfully intuitive readings of Sam Cooke’s deep soul blues “Laughin’ and Clownin'” and the slippery, gutbucket soul of Solomon Burke’s “Gotta Get You Off My Mind” (with daughter Shana Morrison on backing vocals) is Van’s jump-blues “5 A.M. Greenwich Mean Time.” DeFrancesco’s B-3 fills underscore the resonance in Morrison’s voice. This version of Willie Dixon’s “I Love the Life I Live” is a fantastic update and tribute to Morrison’s influence and hero Mose Allison’s take on it. In another fine sequential juxtaposition, the singer’s name-dropping grievance blues “Ain’t Gonna Moan No More” lands between a revisioned take on J.D Harris’ “Worried Blues/Rollin’ and Tumblin'” and Gene Barge’s “Love Is a Five Letter Word” (“spelled M-O-N-E-Y!”); an elegant B-3 and tenor add textural contrast to Morrison’s savvy vocal. Three originals close the set. “Love Is Hard Work” soulfully and bitterly takes on the troublesome topic of love, while “Spirit Will Provide” comes straight out of the singer’s Celtic soul book. The moody title track, drenched in prophetic post-midnight exhortation, recalls his reading of “Sometimes I Feel Like a Motherless Child” on Poetic Champions Compose, with DeFrancesco adding muted trumpet fills and a solo. Clocking in at over an hour, The Prophet Speaks breezes through its run-time with memorable performances and joyous vibes. This is a late-career surge that is all the more remarkable because Morrison really seems to be enjoying himself — he continues to hunger after the music that inspired his vocation in the first place. ― Allmusic