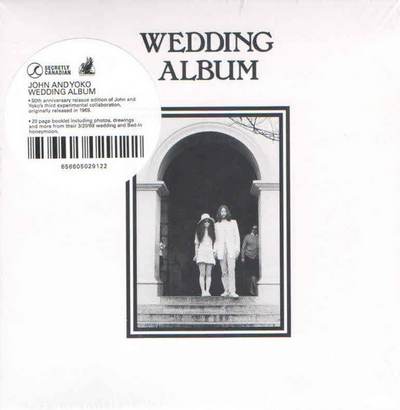 The third and last of John Lennon and Yoko Ono’s experimental albums to be released within a one-year period, Wedding Album, like Unfinished Music, No. 1: Two Virgins, was in some ways more notable for its packaging than for its content. It came in a box containing a facsimile of the Lennons’ wedding certificate and a photograph of a piece of wedding cake. The record itself contained two selections, one of which consisted of nearly 25 minutes of Yoko Ono’s wailing, while the other, “John and Yoko,” featured the two, one in each stereo speaker, calling out the other’s name for more than 22 minutes. Employing such limited lyrics, Lennon is the more expressive, Ono the more penetrating. — allmusic.com 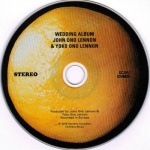