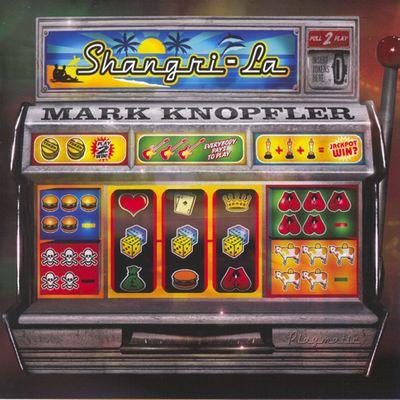 Shangri-La, Mark Knopfler’s fourth solo release and his first since breaking his collarbone, shoulder, and seven ribs in a motorcycle crash in March 2003, finds the eternally laid-back Dire Straits frontman in familiar territory. Instead of constructing a song cycle about his brush with mortality — the wry “Don’t Crash the Ambulance” aside — he uses his warm baritone and effortless guitar work to ruminate on everything from the plight of the modern fisherman — the beautiful and rustic “Trawlerman’s Song” — to the entrepreneurial skills of McDonald’s founder Ray Kroc (“Boom, Like That”). Knopfler has more or less abandoned the British folk and Celtic-influenced pop that began to surface on his previous two recordings, opting instead for a full-blown yet quiet and considerate collection of country-folk ballads and bluesy, midtempo dirges that revel in their uncharacteristic sparseness — one of the better examples of the latter is the gutsy, backwoods boxing tale “Song for Sonny Liston.” Knopfler spent seven months away from the guitar in physiotherapy, but his melancholic slow-burn tone is as peat-smoked as ever, and his penchant for wrapping Americana-gothic folk around subjects that are uniquely English — colliers, cockneys, the one-armed bandit man who meets his maker in the atmospheric opener, “5:15 A.M.” — is evident throughout. Dynamically, Shangri-La loses steam about three-quarters of the way through — the cringe-inducing “Whoop De Doo” and the sweet but dull “All That Matters” bring things to a sleepy halt — but Knopfler fans and lovers of Chet Atkins, Gordon Lightfoot, and J.J. Cale, as well as late-night poker players and early risers with an acerbic streak, will find much to love here. ― Allmusic