Scaled smaller than 2012’s double-album Privateering, Tracker also feels suitably subtle, easing its way into being instead of announcing itself with a thunder. Such understatement is typical of Mark Knopfler, particularly in the third act of his career. When he left Dire Straits behind, he also left behind any semblance of playing for the cheap seats in an arena, but Tracker feels quieter than his new millennial norm. Some of this is due to the undercurrent of reflection tugging at the record’s momentum. Knopfler isn’t pining for the past but he is looking back, sometimes wistfully, sometimes with a resigned smile, and he appropriately draws upon sounds that he’s long loved. Usually, this means some variation of pub rock — the languid ballad “River Towns,” the lazy shuffle “Skydiver,” the two-chord groove of “Broken Bones” — but this is merely the foundation from which Knopfler threads in a fair amount of olde British folk and other roots digressions. This delicate melancholy complements echoes of older Knopfler songs — significant stretches of the record are reminiscent of the moodier aspects of Brothers in Arms, while “Beryl” has just a bit of the “Sultans of Swing” bounce — and this skillful interweaving of Knopfler’s personal past helps give Tracker a nicely gentle resonance. 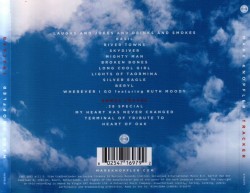 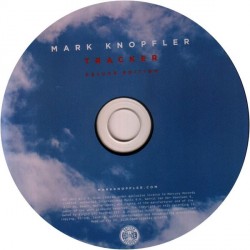