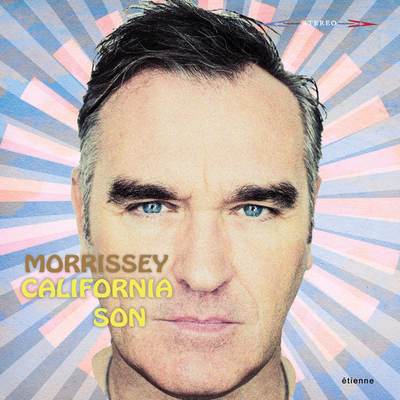 Ever since the Smiths cut Twinkle’s 1965 obscurity “Golden Lights” in 1986, Morrissey has exhibited a knack for curious covers. Usually, he saved other people’s songs for the stage, sometimes sneaking a tune onto a B-side, but he never dedicated himself to covering his favorite tunes until 2019’s California Son. The punning title indicates Morrissey’s keen awareness of 20th century pop culture, but instead of celebrating the surf rock of the Rivieras, Moz is stuck in Topanga Canyon and Hollywood. Opening with an interpretation of Jobriath’s “Morning Starship” is something of a feint, suggesting California Son will be populated with the kind of glam cult favorites the singer has championed for decades, but nearly all of the record is devoted to the kind of pop and folk-rock songs that were recorded often in the second half of the ’60s and early ’70s. Balancing AM chestnuts from Roy Orbison (“It’s Over”), the 5th Dimension (“Wedding Bell Blues”), and Gary Puckett & the Union Gap (“Lady Willpower”) — the kind of tunes that still keep oldies radio humming along all these years later — with pointed songs from Bob Dylan (“Only a Pawn in Their Game”), Joni Mitchell (“Don’t Interrupt the Sorrow”), Phil Ochs (“Days of Decision”), and Buffy Sainte-Marie (“Suffer the Little Children”), Morrissey manages to confound without quite surprising. Perhaps the protest songs are intended as commentary on modern times — if so, it’s difficult to square these choices with the controversial political stances Morrissey has embraced in public — but it’s just as likely he chose these compositions because he likes their melodies and words, knowing that he can milk the melodrama out of each turn of phrase. He does that throughout California Son, sounding fully engaged in a way he hasn’t in his often listless 2010s. Working with a restricted colorful palette helps, too. Perhaps it’s disarming to hear chintzy synths on “Loneliness Remembers What Happiness Forgets,” but shorn of the loud, lumbering guitars that have defined his records since 2004’s You Are the Quarry, Morrissey seems lithe, even spry. That’s not quite the same thing as sounding young, however. By planting his flag so firmly in the past, Morrissey proudly separates himself from the present, even when he’s embracing brightly digital production. In other words, he’s sounding a bit like a curmudgeon, but he embraces his eccentricities, which means this contrarianism wears well on record, even if it doesn’t in real life. ― Allmusic