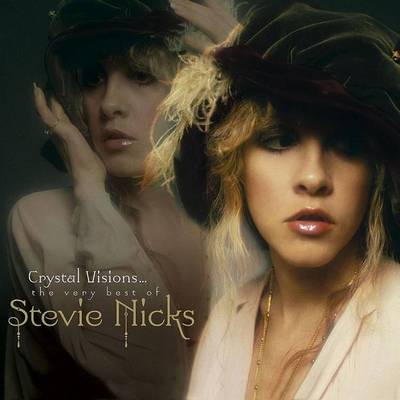 Crystal Visions… The Very Best of Stevie Nicks is a compilation album released by the American singer-songwriter and Fleetwood Mac vocalist Stevie Nicks. It features songs from her solo career, as well as her career with Fleetwood Mac. It includes her hit singles, a dance remix, and one new track, a live version of Led Zeppelin’s “Rock and Roll”. Three singles were culled from the album: “Rock and Roll”, “Landslide”, and a remixed version of “Stand Back”. There are two versions of this album, one with just the audio CD and another version with an included DVD featuring all of Nicks’ music videos with audio commentary from Nicks, as well as rare footage from the Bella Donna recording sessions. The album debuted and peaked at #21 in the US selling 33,944 copies in its first week. The album spent a total of 12 weeks on the Billboard 200 chart, and had sold 505,000 copies as of April 2014. The album is certified gold in Australia and Silver in the UK.