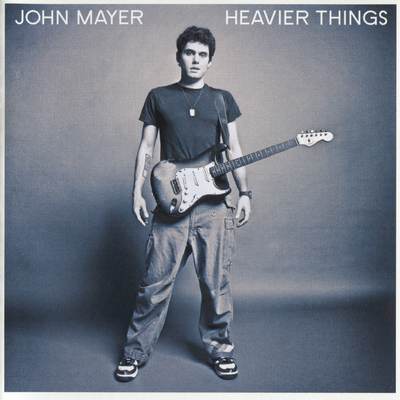 Don’t take the title of John Mayer’s Heavier Things literally. Mayer offers nothing heavy on the follow-up to his breakthrough hit, Room for Squares — nothing heavy in the music and nothing heavy in the lyrics. No, Mayer is smooth, slick, and streamlined on his second or third album (it all depends if you count his 1999 debut, Inside Wants Out, half of which was re-recorded for Room for Squares, which itself was released in two different incarnations), playing things straight and following the blueprint his big radio hit, “Your Body Is a Wonderland,” provided. The title Heavier Things does reflect his new directness, lacking the lithe playfulness that resulted in a Hank Mobley joke, of all things, for an album title last time out. That extends to the rest of the album — the humor and interesting wordplay have been toned down, leaving very little ambiguity. Actually, there’s little left unexplained on the record, with every song on the album spread across several grids explaining where they were written and how many beats per minute they are, breaking them down into keywords, charting what “suggested target points” on the body the song should hit (tellingly, not one track is targeted at the crotch), and even grouping the songs together by key. The latter is a bit of a mistake, since it shows that for all those jazzy major and minor seventh chords gliding by in his songs, he’s keeping his songwriting pretty simple, sticking to D, E, F, G, and A, with a G minor thrown in for good measure. This, of course, is not really a problem for listeners, since most listeners don’t care how a song is written as long as it sounds good, but this does confirm that he’s kept things simple, concentrating on how the record sounds and feels. And, as a piece of mood music, this is really quite effective, delivering on how “Your Body Is a Wonderland” sounds, with some really nice lush, laid-back textures and songs that are melodic without being truly catchy. It’s music that floats through the speakers nicely and never leaves much of a lasting impression; it’s how a jazzier, laid-back, less adventurous, and MOR-oriented Dave Matthews would sound. Mayer is now more of a record-maker than songwriter, which will undoubtedly dishearten those who liked the song-oriented Inside Wants Out, but those who just enjoyed the sound and feel of Room for Squares should feel right at home. ― Allmusic 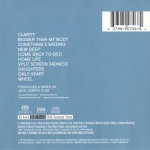 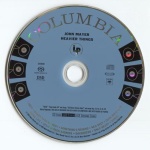