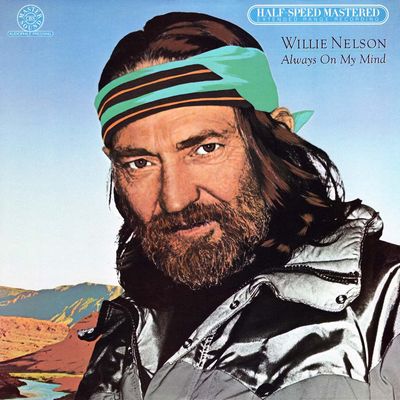 Whether intentionally or not, the first album after a greatest-hits collection always raises the curtain on a new era, and in Willie Nelson’s case, the difference between the era recapped on 1981’s Greatest Hits (& Some That Will Be) and the one started with 1982’s Always on My Mind is startling. Throughout the late ’70s, Nelson’s freewheeling, organically eclectic music was not just the biggest thing in country, it was also some of its best, most adventurous music. Sometimes, it could fall a little flat, particularly when he kept replicating Stardust, but that was part of the charm of Nelson’s unpredictability. With Always on My Mind, he teams with producer Chips Moman and embarks on a period of pernicious predictability, giving himself completely over to Moman, who moves him toward rock covers and adult contemporary pop with this record. At the time, it was a huge, huge hit — his biggest ever, actually, spending 22 weeks at the top of the country charts, selling over four million copies, launching a platinum single with the title track (which reached number five on the pop charts), and winning the CMA’s Album of the Year award. Listening to it now, all that success seems undeserved since the album not only plays as the country-pop record Willie avoided making all these years, but by consisting primarily of familiar rock covers, it also plays as pandering to the mass audience he’s achieved. This is uniformly pleasant, but it’s also rather straight-jacketed, hemmed in by Moman’s sterile, synth-heavy productions. With “Always on My Mind” and, to a lesser extent, “Let It Be Me,” it works because his production style suits the songs and Nelson sings well, but “Do Right Woman, Do Right Man,” “A Whiter Shade of Pale” (complete with vocals from Waylon Jennings), and “Bridge Over Troubled Water” are all flat readings, never showing the spark in either delivery or arrangement that marks Nelson as one of popular music’s great interpretive singers. Here, he sounds as he’s sleepwalking and turning out product for the first time in his career (at least the early Liberty recordings were a hungry attempt at hits). It may have been a hit, but years later, it clearly sounds like one of his worst records. ― Allmusic