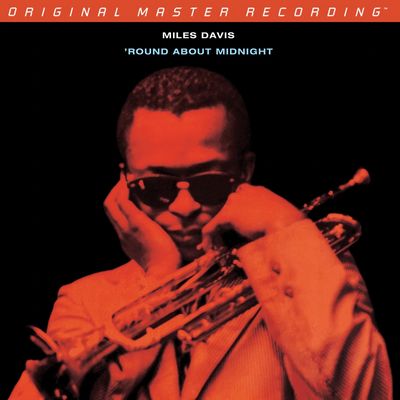 Given that ‘Round About Midnight was Miles Davis’ debut Columbia recording, it was both a beginning and an ending. Certainly the beginning of his recording career with the label that issued most if not all of his important recordings; and the recording debut of an exciting new band that had within its ranks Philly Joe Jones, Paul Chambers, pianist Red Garland, and an all but unknown tenor player named John Coltrane. The title track was chosen because of its unique rendition with a muted trumpet, and debuted at the Newport Jazz Festival the summer before to a thunderous reception. The date was also an ending of sorts because by the time of the album’s release, Davis had already broken up the band, which re-formed with Cannonball Adderley a year later as a sextet, but it was a tense year. ― Allmusic