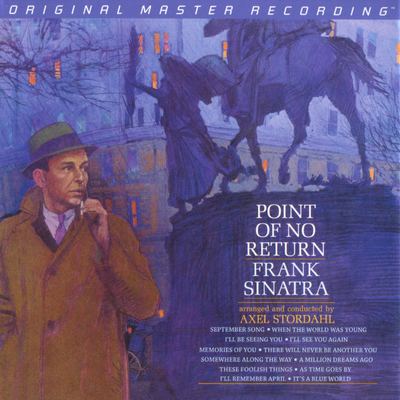 At the time he recorded his final Capitol album, Point of No Return, Frank Sinatra was no longer interested in giving his record label first-rate material, preferring to save that for his new label, Reprise. However, someone persuaded the singer to make the album a special occasion by reuniting with Axel Stordahl, the arranger/conductor who helped Sinatra rise to stardom in the ’40s; he also arranged the vocalist’s first Capitol session, so his presence gave a nice sense of closure to the Capitol era. Even though the Voice gave a more heartfelt, dedicated performance than expected, the project was rushed along, necessitating the use of a ghost-arranger, Heine Beau, for several tracks. Point of No Return remains a touching farewell, consisting of moving renditions of standards like “September Song,” “There Will Never Be Another You,” “I’ll Remember April,” and “These Foolish Things,” with only three charts being replications of their previous work (“I’ll Be Seeing You,” “September Song,” “These Foolish Things”). Sinatra would never sing these standards with such detailed, ornate orchestrations, and, as such, the album has a feeling of an elegy. ― Allmusic 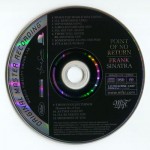