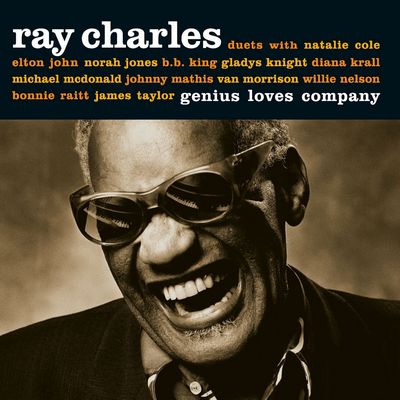 Genius Loves Company is the last studio album Ray Charles completed before his death in June 2004. Prior to this, the last studio album he released was Strong Love Affair in 1996, which was a stab at modern pop, filled with new songs and given an adult contemporary sheen. It was not one of his most distinctive efforts, even when judged against his latter-day albums, and it disappeared not long after its release. Charles left Warner and, years later, signed with Concord, who released Genius Loves Company, which had a decidedly different approach than the all-modern Strong Love Affair. As the title acknowledges with a wink, this is a duets album, which may be a little commonplace as far as latter-day superstar albums go but is still a step up from his previous studio album since it puts Ray Charles in a comfortable, relaxed situation that plays to his strengths. Instead of trying to put Charles in a modern setting, producers John Burk and Phil Ramone (Burk helmed seven of the album’s tracks, Ramone is responsible for the other five, and their work fits together seamlessly) go for a clean retro setting with a few guitars, synths, and a rhythm section, occasionally dressing it with an orchestra or some strings. In other words, apart from the glistening production, it’s not far removed from any of Charles’ crossover records from the ’60s, and he’s also given a strong set of songs, largely familiar pop classics, from “Fever” and “Somewhere Over the Rainbow” to “Sorry Seems to Be the Hardest Word” and “Crazy Love.” His duet partners are fairly predictable — classy newcomers like Norah Jones and Diana Krall, but also old stalwarts like Elton John, B.B. King, Johnny Mathis, James Taylor, Bonnie Raitt, and the ubiquitous Willie Nelson (who has never sounded older than he does here on “It Was a Very Good Year”) — but they’re also reliable, never overshadowing Ray yet never shrinking in his shadow either; in short, it sounds more like a real duets album than most superstar duet records. The end result is modest, friendly, laid-back, and pleasing, one that remains faithful to Charles’ music while sounding relatively fresh. It may not be weighty enough to be a career-capping masterpiece, but it’s sweet enough to be an appropriate final album — which is far more than can be said of Strong Love Affair, or any of the other albums he cut in the ’80s or ’90s for that matter. ― Allmusic 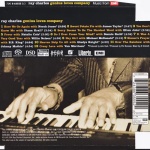 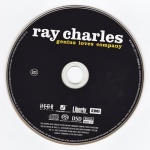