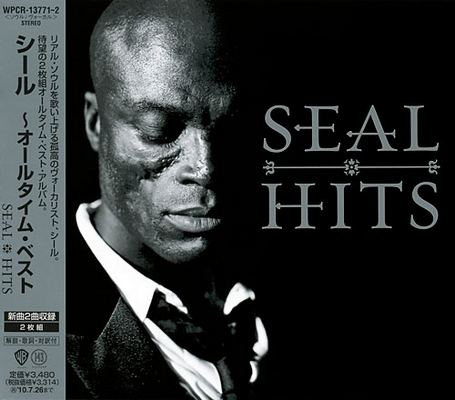 Following Seal’s first compilation by five years, Hits covers much of the same ground as Best: 1991-2004: a whopping ten of its 18 songs are also on Best, including every one of his big hits (“Kiss from a Rose,” “Crazy,” “Killer,” “Prayer for the Dying”), with the remaining eight tracks including two new cuts bookending the album and singles released since Best. This makes it more comprehensive and complete than Best, but casual fans can be excused for thinking that there’s not much difference between the two compilations for the very fact that Seal hasn’t had many big hits since 2004, with not a single single crossing over into the American Top 40 (“Amazing” and “The Right Life” appeared on the dance charts, “If You Don’t Know Me by Now” on the adult contemporary). So, anybody who already has Best: 1991-2004 will not be tempted by this, but anyone in the market for a Seal hits collection will find this generous and enjoyable. ― Allmusic