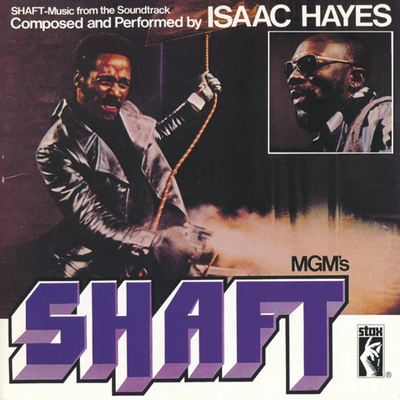 Of the many wonderful blaxpoitation soundtracks to emerge during the early ’70s, Shaft certainly deserves mention as not only one of the most lasting but also one of the most successful. Isaac Hayes was undoubtedly one of the era’s most accomplished soul artists, having helped elevate Stax to its esteemed status; therefore, his being chosen to score such a high-profile major-studio film shouldn’t seem like a surprise. And with “Theme from Shaft,” he delivered an anthem just as ambitious and revered as the film itself, a song that has only grown more treasured over the years, after having been an enormously popular hit at the time of its release. Besides this song, though, there aren’t too many more radio-targeted moments here. “Soulsville” operates effectively as the sort of downtempo ballad Hayes was most known for, just as the almost 20-minute “Do Your Thing” showcased just how impressive the Bar-Kays had become, stretching the song to unseen limits with their inventive, funky jamming. For the most part, though, this double-LP features nothing but cinematic moments of instrumentation, composed and produced by Hayes while being performed by the Bar-Kays — some downtempo, others quite jazzy, nothing too funky, though. Even if it’s not quite as enjoyable as Curtis Mayfield’s Superfly due to its emphasis on instrumentals, Shaft still remains a powerful record; one of Hayes’ pinnacle moments for sure. ― Allmusic