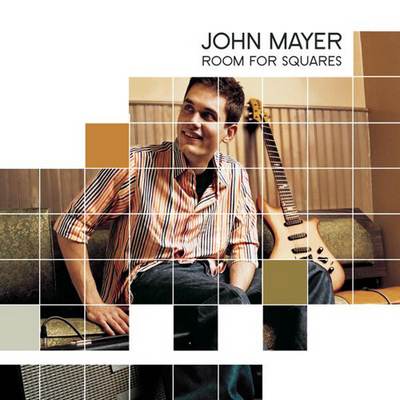 After making a small buzz with the Inside Wants Out EP, John Mayer hired veteran producer John Alagía (known for his work with the Dave Matthews Band) to beef up his full-length debut with commercial polish. Released in September 2001, Room for Squares proved to be a well-timed album, quietly heralding the end of teen pop’s glory days with clever wordplay, savvy chord progressions, and mature songwriting. Songs like “No Such Thing” and “Neon” mixed jazz chords with digestible choruses, fashioning a sort of brainy, college-educated pop hybrid that appealed to discerning listeners and mainstream fans alike. Of course, it didn’t hurt that Mayer also loaded the album with more straightforward numbers — particularly “Your Body Is a Wonderland,” a bubbling piece of bedroom pop that helped expand his female audience. Mayer’s soon-to-be famous guitar solos and bluesy, Stevie Ray Vaughan-styled riffs were sorely absent from the mix, though, as he limited the bulk of his fretwork to the acoustic guitar. It would take a jam-friendly concert album — 2003’s Any Given Thursday — to introduce the full range of Mayer’s axeman skills to the public, but Room for Squares still provides a nice introduction to his catalog, highlighting his blend of collegiate pop/rock and sensitive acoustics while only hinting at the genre-hopping chameleon he’d later become. ― Allmusic