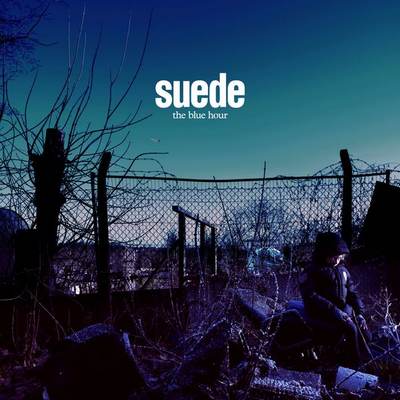 Having established that their 21st century reunion was not a passing thing, Suede decided to stretch themselves with The Blue Hour, the third record they’ve made since reuniting in 2013. Unlike that year’s Bloodsports or its 2016 sequel Night Thoughts, The Blue Hour isn’t produced by Ed Buller, who helmed their three big records of the 1990s (Suede, Dog Man Star, Coming Up), it’s the work of Alan Moulder, the veteran producer whose fingerprints were all over alternative rock of the ’90s that had little to do with Brit-pop. Truth be told, Suede always stood slightly apart from the Brit-pop pack, sounding a little too louche and glamorous to be part of it, but this decadent romanticism also serves them well in middle age, as it offers avenues for exploration and reflection — avenues that the band seize here. The Blue Hour isn’t as streamlined and assured as Night Thoughts, which wound up as an elegant refinement of the ideas offered on Dog Man Star, yet that’s its charm. Suede decide to ratchet up the melodrama on The Blue Hour and seize upon any opportunity to take a detour, dressing the album with layers of strings, choirs, electronic voice, and poetic digressions. That some of these accouterments wind up detracting from the stylish foreboding that’s the record’s primary color seems to be the point: Suede realize they’ve mastered such sustained moodiness, so they’re taking opportunities to break the spell, or perhaps stir up dreams or nightmares. If the results are occasionally patchwork, that only adds to the album’s appeal and it also suits Suede, who always found majesty within secondhand threads and hand-me-downs. Twenty-five years after their debut, they still retain that power, while finding ways to surprise within their firmly defined style. ― Allmusic