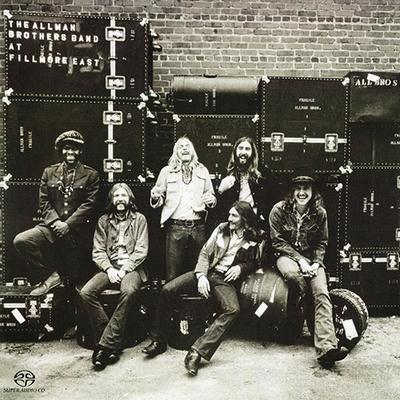 Whereas most great live rock albums are about energy, At Fillmore East is like a great live jazz session, where the pleasure comes from the musicians’ interaction and playing. The great thing about that is, the original album that brought the Allmans so much acclaim is as notable for its clever studio editing as it is for its performances. Producer Tom Dowd skillfully trimmed some of the performances down to relatively concise running time (edits later restored on the double-disc set The Fillmore Concerts), at times condensing several performances into one track. Far from being a sacrilege, this tactic helps present the Allmans in their best light, since even if the music isn’t necessarily concise (three tracks run over ten minutes, with two in the 20-minute range), it does showcase the group’s terrific instrumental interplay, letting each member (but particularly guitarist Duane and keyboardist/vocalist Gregg) shine. Even after the release of the unedited concerts, this original double album remains the pinnacle of the Allmans and Southern rock at its most elastic, bluesy, and jazzy. ― Allmusic