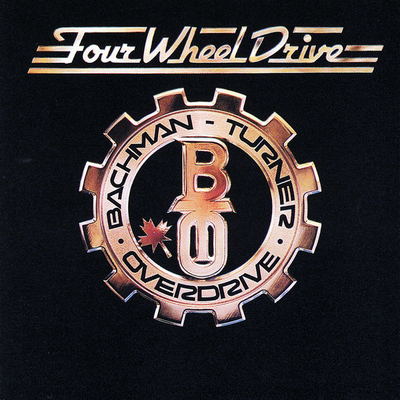 Bachman-Turner Overdrive’s Four Wheel Drive album is most often overlooked, mainly because all of the attention was focused on the singable “na na na naa”‘s of one of B.T.O.’s biggest hits in “Hey You.” But the rest of the album is made up of the band’s lunch-pail rock & roll sound, combining ample amounts of factory-made blues to street-dirty guitar rock. Although it can’t really hold a candle to Not Fragile, B.T.O.’s best album, there’s still a fair amount of well-played radio rock to hold Four Wheel Drive up. “Hey You” gave B.T.O. their second last Top 40 hit, peaking at number 21 and reaching number five in Canada, but tracks like “Flat Broke Love,” “She’s Keeping Time,” and “Don’t Let the Blues Get You Down” are attractive arena rock efforts with both Bachman’s Randy and Robbie sounding like they’re still involved wholeheartedly. “Lowland Fling” and “Quick Change Artist” may be the album’s weakest attempts, but, on a grander scale, Four Wheel Drive eventually became the last solid endeavor by the group. Tim Bachman left after Bachman-Turner Overdrive II to try his luck at producing, and, in 1977, Randy Bachman went off to do some solo work, leading up to his formation of the band Ironhorse. B.T.O. fell apart after this, and the albums that followed contained little if any of their accustomed, belt-driven rock & roll. Best of all, Four Wheel Drive doesn’t offer up any changes or surprises, and an expected eight tracks of guitar-based rock is truly what you get. ― Allmusic