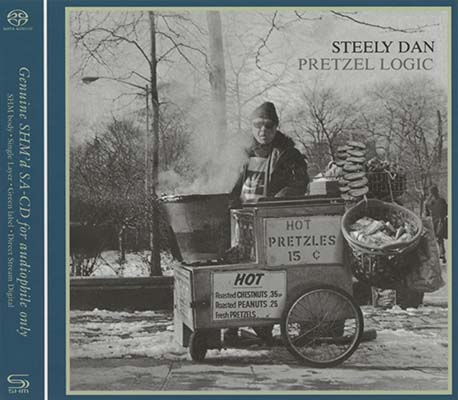 Pretzel Logic is the third studio album by the American rock band Steely Dan, released on February 20, 1974 by ABC Records. It was written by principal band members Walter Becker and Donald Fagen. They recorded the album at The Village Recorder in West Los Angeles with producer Gary Katz. It was the last album to feature the full five-member band of Becker, Fagen, Denny Dias, Skunk Baxter, and Jim Hodder, although on this recording, drummer Hodder appeared on vocals only. It also featured significant contributions from many prominent Los Angeles–based studio musicians.

The album was a commercial and critical success upon its release. Its hit single “Rikki Don’t Lose That Number” helped restore Steely Dan’s radio presence after the disappointing performance of their 1973 album Countdown to Ecstasy. Pretzel Logic was reissued on CD in 1987 and remastered in 1999 to retrospective acclaim from critics.