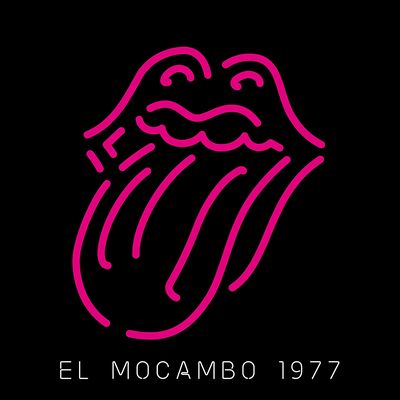 Early in March 1977, the Rolling Stones played a pair of surprise shows at the El Mocambo, a 300-seat club in Toronto. The purpose of the gigs, the only concerts they played in 1977, was to generate source material for a live album that turned out to be Love You Live. Only four tracks from the El Mocambo performances showed up on Love You Live, amounting to a side of blues covers on that double-LP. A full album’s worth of El Mocambo recordings circulated as a bootleg for years, but the overdue 2022 official release contains the entirety of the second night’s show along with three bonus tracks from the first night, amounting to a whopping 23 tracks. Such an exhaustive portrait is welcome as Live at the El Mocambo does represent a bit of an odd moment for the Stones: it captures them caught between the over-sized jam session Black and Blue and the audacious revitalization of Some Girls, a period where Ron Wood was just getting his sea legs. Wood encouraged the group to play a bunch of blues standards and they agreed, balancing these chestnuts with some of their own oldies (“Let’s Spend the Night Together,” “Brown Sugar,” “Jumpin’ Jack Flash,” “Honky Tonk Women”), a good chunk of Black and Blue and It’s Only Rock N Roll, plus “Worried About You,” a ballad that sat on the shelf until Tattoo You. This means Live at the El Mocambo presents the Stones as something between a hard-working club band and conquering heroes hawking their latest ware; the set list is very much of its time, lacking such warhorses as “Satisfaction” and “Street Fighting Man,” and it’s better for it. The Stones often sound as if they’re enjoying hunkering down on a smaller stage, giving enthusiastic performances that avoid sloppiness. It adds up to a gas, a record that belongs alongside Get Yer Ya-Ya’s Out! and Brussels Affair as among the best official live Stones albums. ― Allmusic