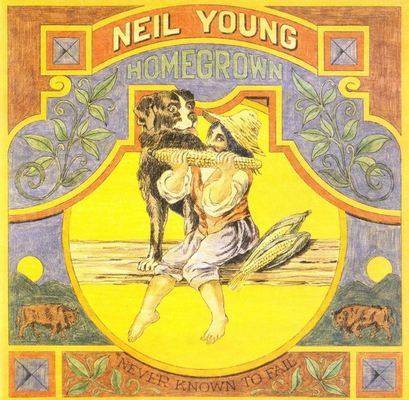 Back in the spring of 1975, Neil Young planned to release Homegrown, an album he completed at the start of the year, but he also had Tonight’s the Night — a rambling, heavy record cut back in 1973 — ready to go. After playing the two albums back to back for a small circle of friends, Young opted for Tonight’s the Night and shelved Homegrown for the better part of 45 years. Unlike other scrapped Neil projects , Homegrown never circulated in full on bootleg, but it was stripped for parts: “Star of Bethlehem” wound up on American Stars ‘n Bars alongside a re-recorded version of Homegrown’s title track, “Love Is a Rose” popped up on Decade, “Little Wing” was unveiled on Hawks & Doves, and “White Line” got a loud, lumbering makeover by Crazy Horse on Ragged Glory, released a full 15 years after this original version. Recycling songs isn’t uncommon for Young, but the dismantling of Homegrown can also be seen as an extension of the real reason why he chose to release Tonight’s the Night instead of this shambling, homespun affair: some of the album cut a little too close to the bone, revealing a little too much of the dissolution of his romance with Carrie Snodgress, so he pushed it away. ― Allmusic