By augmenting their sound with more synthesizers, electronics, and drum machines, the Cars’ fourth release, Shake It Up, helped bridge their hard rock-based early work (1978’s The Cars) with the futuristic-pop direction of 1984’s Heartbeat City. The band’s sound may have been evolving with each succeeding album, but Ric Ocasek was still writing compelling new wave compositions despite all the change, many of which would ultimately become rock & roll standards. The up-tempo title track remains a party favorite to this day (reaching number four on the singles charts), while the melancholic “Since You’re Gone” remains one of Ocasek’s best-ever tales of heartbreak. Intriguing videos were made for both songs, officially introducing the band to the MTV age. Like its predecessor, 1980’s Panorama, filler is present (“This Could Be Love,” “Maybe Baby”), but many lesser-known album tracks prove to be highlights: the almost entirely synth-oriented tracks “Think It Over” and “A Dream Away,” the rocking “Cruiser,” plus the more pop-oriented “I’m Not the One” and “Victim of Love.” Although Shake It Up was another resounding commercial success, their next album would be the one that made the Cars one of rock’s quintessential acts of the ’80s.― Allmusic 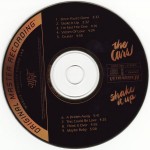 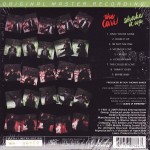