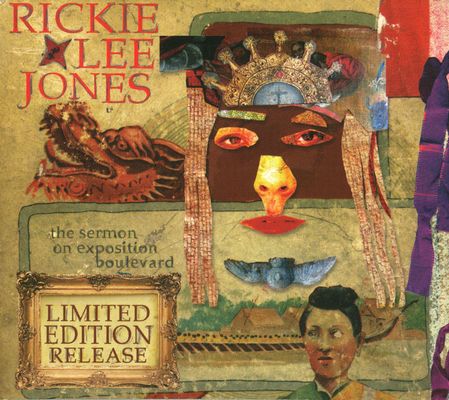 Consulting theologians and Bible scholars during the 1990s, photographer, writer, graphic artist, and everyday mystic Lee Cantelon (aka Pennyhead) assembled a small book presenting the words of Jesus Christ (just Jesus’ words, not the stuff surrounding them) in a fitting translation called The Words. He did it for the purpose of presenting those words to people who were not “religious” — people who were put off by organized religion or even offended by it. In 2005, using artist Marc Chiat’s studio (on Exposition Boulevard) as the recording space, he invited a number of musicians to begin assembling backing tracks for a spoken word rendition of his book (Mike Watt was just one participant, reading “The Harvest” over the music). Rickie Lee Jones was invited to participate in the summer of 2006, and in a matter of moments she changed the entire nature of the project. Jones claimed she could not read the words with any authority, but asked if she could sing them. She was left alone in a room with a microphone and, without the text, completely improvised the words from her heart. There were two tracks taken from those sessions, the opening cut, “Nobody Knows My Name,” and “Where I Like It Best.” Those two cuts appear here unchanged from the original recordings made on Exposition Boulevard, as are two others (“I Was There,” “Donkey Ride”) recorded later at Sunset Sound — first takes, no alterations. The rest were done using the same basic principle, with The Words as the inspiration. The end result is easily the most arresting recording of Rickie Lee Jones’ labyrinthine career. ― Allmusic