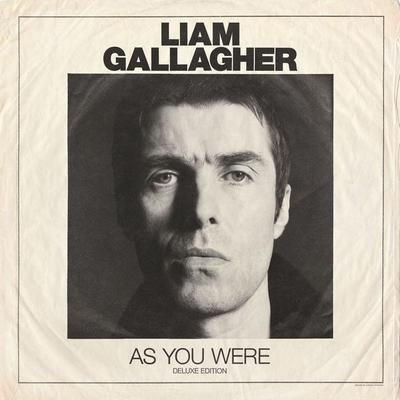 Always operating in the shadow of his brother Noel, Liam Gallagher had difficulty separating himself from Oasis. Maybe that’s his fault, since he retained nearly the entire lineup of Oasis for Beady Eye, the group he formed after splitting with his sibling in 2009, but that band never gained traction — which had the unfortunate side effect of slowing Liam’s momentum. He pulled the plug on Beady Eye in 2014 and spent a couple of years regrouping, re-emerging in 2017 with As You Were. The very title suggests Gallagher is picking up where Oasis left off, a sentiment that also applied to Beady Eye’s 2011 debut, Different Gear, Still Speeding, but As You Were is clean and focused in a way Liam has never been on his own. Proud classicist that he is, Gallagher doesn’t attempt to adopt a new aesthetic here, but thanks to producer Greg Kurstin — who won a boatload of Grammys through his work with Adele and has also helmed records for Foo Fighters, Tegan and Sara, Kelly Clarkson, and Elle Goulding — he does freshen up his sounds. Beady Eye attempted a similar sonic shakeup on their final album, BE, but producer Dave Sitek encouraged a hazy neo-psychedelia, which is the sonic opposite of the clean snap Kurstin brings to As You Were. Clear and modern, buttressed with slight rhythmic loops and digital manipulation, As You Were doesn’t sound retro even though it is, in essence, a throwback to a throwback — a re-articulation of Liam’s ’90s obsession with the ’60s. That production does Gallagher a favor but so does Kurstin’s presence as a co-songwriter, helping to rein in Liam’s wandering ear and sharpen his melodies. Ranging from the icy onslaught of “Wall of Glass” to the stark swirl of “Chinatown,” this is his best record in nearly a decade, and they add up to an album that illustrates exactly who Liam Gallagher is as an artist. Now in his middle age, he’s a richer, nuanced singer than he was during Oasis’ heyday, yet he’s retained his charisma and, unlike his brother, he favors color and fire in his records, elements that not only enhance this fine collection of songs but make this the best post-Oasis album from either Gallagher to date. ― Allmusic