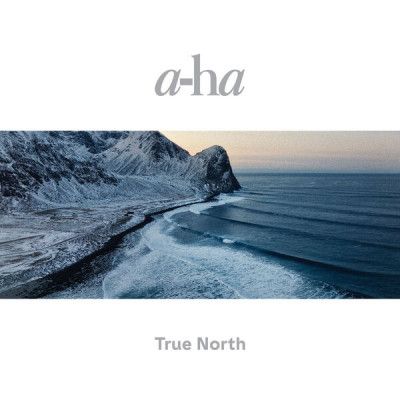 Since coming together in 1982, Norwegian pop trio a-ha have established a personal and artistic chemistry that can accommodate three strong personalities. There was a long hiatus after 1993’s Memorial Beach and a formal reunion for 2000’s Minor Earth Major Sky, followed by two more studio outings. They split again in 2010 to pursue solo careers, but reunited for 2015’s Cast in Steel. In 2021, the documentary a-ha: The Movie toured global film festivals. The band’s 11th studio album, True North, and its accompanying documentary film appear during their 40th anniversary year. The trio recorded and filmed over three weeks in a studio some 55 miles above the Arctic Circle in Bodø, with the Norwegian Arctic Philharmonic Orchestra conducted by Anders Eljas. Filming was done by Stian Andersen. Half of these 12 tracks were composed by guitarist Pal Waaktaar-Savoy, with the other half by keyboardist Magne Furuholmen. Each man produced his own work. ― Allmusic