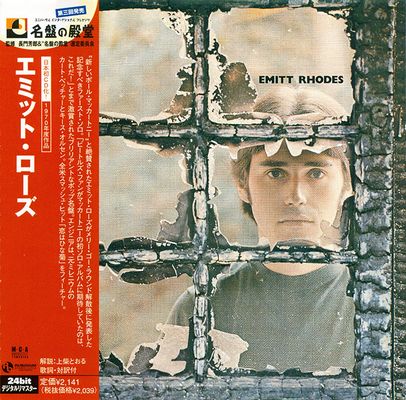 Although it probably wasn’t meant as such, this self-titled album is Emitt Rhodes’ definitive statement. Soon after disbanding the Merry-Go-Round (of “Live” fame), Rhodes scored a solo deal with Dunhill. Rather than recording with a band or using studio musicians (which he did with his first “solo” album American Dream), the multi-instrumentalist decided to build a small, primitive home studio and record the entire affair there, “At Home.” The results are, in a word, staggering. Tracks such as “With My Face on the Floor,” “Someone Made For Me,” and the entire album as a whole showcase Rhodes’ genius, and in the end, the songs are probably what most Beatles-maniacs wanted to hear from Paul McCartney’s debut album. Rhodes’ individuality shines through despite this; the album is a true classic of the period. ― Allmusic