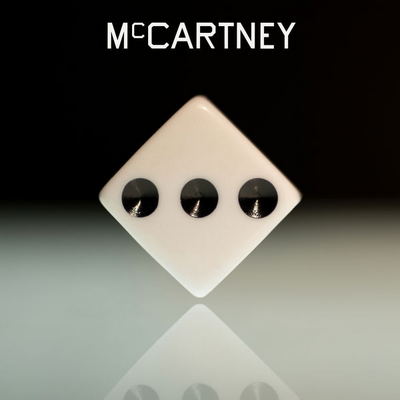 Paul McCartney faced the COVID-19 lockdown of 2020 like he faced so many other unexpected challenges in his life: he set out to make music on his own. The title of McCartney III positions it as a direct sequel to 1970’s McCartney and 1980’s McCartney II, albums he made in the wake of the respective dissolutions of the Beatles and Wings, a sentiment that rings true in some ways but not in others. Certainly, the one-man-band approach unites all three albums, as does their arrival at the dawn of a new decade, yet McCartney III doesn’t contain a clear undercurrent of Paul processing change in the wake of loss. He doesn’t spend the record trying to “Find My Way,” as he puts it on the album’s second song, but rather simply existing, drawing evident pleasure from the process of writing and recording new music. This also means McCartney III doesn’t quite have the shock of the new the way that the homespun McCartney and synth-laden McCartney II do; he’s not attempting new forms or ideas, instead returning to themes that have served him well over the years, whether they’re plucked acoustic ditties, plaintive piano ballads, or stomping rockers. Execution makes a big difference, though. Where 2018’s Egypt Station was designed with the charts specifically in mind — Paul went so far as to hire producers Greg Kurstin and Ryan Tedder for the record, hoping they’d give him a modern sheen — McCartney III is constructed at a modest scale, the arrangements so uncluttered that it’s easy to hear the years on McCartney’s voice. Maybe he can’t hit the high notes he way he used to, maybe he sounds a bit weathered, but the change in his singing has a profoundly humanizing effect, especially when heard in conjunction with his distinctive drumming and fuzzed-out guitars. Within these contours, it’s possible to trace the distance between the three McCartney albums. Despite these signs of age, McCartney III isn’t an album about mortality, it’s about finding sustenance in rough times. McCartney nods to sadness and loneliness on “Deep Deep Feeling” and conjures a fleeting sense of wistfulness on “Pretty Boys,” then balances these moments of sadness with the sweet “The Kiss of Venus,” the sugar-coated rallying call “Seize the Day,” and the vulgar jabs of “Lavatory Lil.” Individually, these moments may not seem particularly eccentric, yet when they’re collected as an album, they add up to a charmingly off-kilter record, an album that benefits from its modest origins and McCartney’s willingness to not polish too many of his rough edges. ― Allmusic