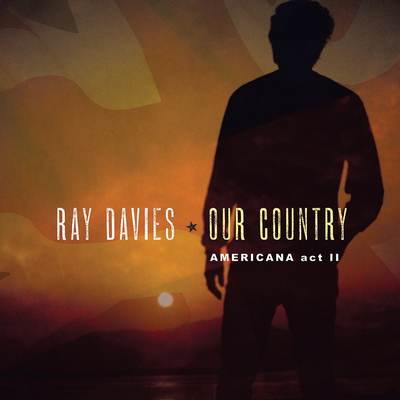 Sequels are not Ray Davies’ forte. Back in the 1970s, when he was in the thick of his theatrical aspirations, he expanded upon The Village Green Preservation Society with the muddled rock opera Preservation, whose downfall was a labored second act. Americana, the song cycle adaptation of Davies’ memoir of the same name, suffers the same pitfalls as its Preservation predecessor, with the singer/songwriter larding up Our Country with recitations, characters, allusions, and repetitions. All this extra stuff means Our Country plays very differently than its 2017 cousin Americana, even though it contains the same supporting cast — namely, the Jayhawks as a supporting band and Guy Massey and John Jackson as co-producers. Davies retains a casual chemistry with the Jayhawks, who help give this lengthy collection a handsome sheen. They move with a lazy, loping gait and can also crank up the energy when needed, as they do with the closing “Muswell Kills,” one of several explicit callbacks to the Kinks’ 1971 classic Muswell Hillbillies (the record’s “Oklahoma USA” is also revived). So, Our Country: Americana, Act 2 carries an attractive, burnished sound, which is what makes Davies’ lengthy digressions all the more maddening. Shoehorning text and theme from his book into the songs, the record frequently stumbles upon its own literary ambitions, along with clunky songs written in character. Davies still possesses a sharp eye and sly sense of humor, so Our Country has its moments, but they’re moments, not songs, and they’re overwhelmed by his clumsy dramatic pretensions, which are undone by his reluctance to tie his theatricality into an actual narrative. ― Allmusic 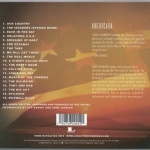 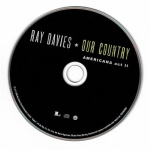