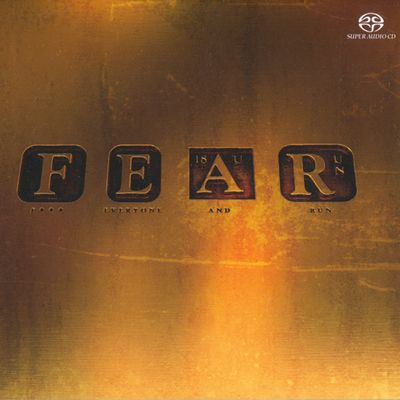 Delivering a political album is always risky, with the possibility that it will get locked in its historical era usually a direct consequence. On their 18th album, prog rockers Marillion don’t seem to care, and they have nothing to lose and no one to account to but themselves. FEAR is an acronym for “Fuck Everybody and Run.” Two of its three lengthy, multi-part suites (“El Dorado” and “The New Kings”) are overtly political statements that look at England and the calamitous state of the world not only observationally but experientially. Topical songs have been part of the band’s catalog as far back as 1984’s “Fugazi,” and have shown up as recently as the multi-part “Gaza,” from 2012’s Sounds That Can’t Be Made (the latter was perhaps an impetus for this record). The centerpiece, “The Leavers,” is an inside view of life on the road, the strain it places on relationships, and how tenuous one’s connection to the world can become as a result. There are also three independent tracks that evolve from the suites.

The first section of “El Dorado” commences as a reverie on an England at once exactly the same but eerily and disturbingly different. As guitarist Steve Rothery and keyboardist Mark Kelly urge vocalist Steve Hogarth on in the second section, as he laments the pursuit of capital as more deadly than plutonium, drummer Ian Mosely and bassist Pete Trewavas offer a progression reminiscent of Pink Floyd’s “Any Colour You Like” before the band opens up and Hogarth soars. The fourth section broodingly then thunderously reflects on the tolls of war, nationalism, religious fanaticism, and environmental decay. Amazingly, it’s not preachy, but deeply personal. Kelly’s orchestral keyboard stylings are brilliant. The hinge cut, “Living in Fear,” is the catchiest thing here, with an anthemic, sweeping chorus, and a stinging guitar in the bridge with a hook that is almost pop. Throughout its four sections, “The Leavers” weaves from the gently melodic to the majestic. Hogarth’s lyrics have matured, delivering deep insight into the melancholy state of being the protagonist inhabits, as the trace of Radiohead’s influence that slips in and out of the mix offers a poignant sense of alienation and dislocation. “The New Kings” is the knottiest, most intense track on the set. Over 16 minutes long, it’s a scathing, sarcastic takedown of the new political power brokers: Corporate overlords whose cynicism is a virus. Throughout its four parts it shifts in tempo, key, and form, wafting, hovering, and power rocking through to an apocalyptic conclusion.

Fans of the musical direction Marillion pursued during the ’90s on Brave and This Strange Engine will find much to enjoy on FEAR. It requires repeated listening to fully absorb, but the payoff is easily the band’s most consistent, inspiring date since 2004’s Marbles. ― Allmusic