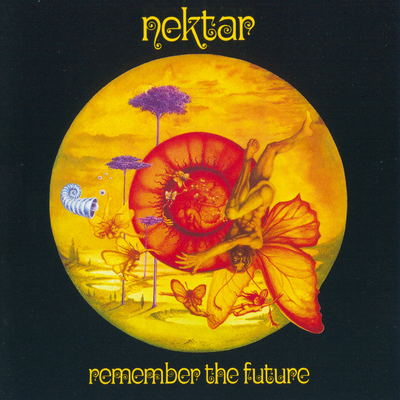 Among Nektar fans, there are many who consider Remember the Future to be the band’s creative peak. The album certainly creates the grounds for making that argument. Indeed, it is an ambitious work that is essentially one composition divided into two parts. The whole is performed in a very seamless and competent manner. Still, many critics just plain didn’t get it. The juxtaposition of the two opinions makes this album to Nektar much like what Tales From Topographic Oceans was to Yes. The truth is probably somewhere between the two points, as it usually is. It truly is a very entertaining, well-written, and well-performed disc that showcases a very underrated band at the top of their game. Although this album isn’t one of their best, it definitely is not a slouch. It does have a few elements that detract from it a bit, though. First, there is a ’70s funk sound prevalent on the album that tends to date it a bit. Second, it can get to feel a bit repetitive. The final detriment is that the production quality sometimes feels a bit AM radio-ish and flat. All of these things only go so far in removing the album from the “masterpiece zone,” though. The bottom line is that this is a fine progressive rock release that should please not only fans of the band, but fans of groups like Yes and Genesis equally well. ― Allmusic