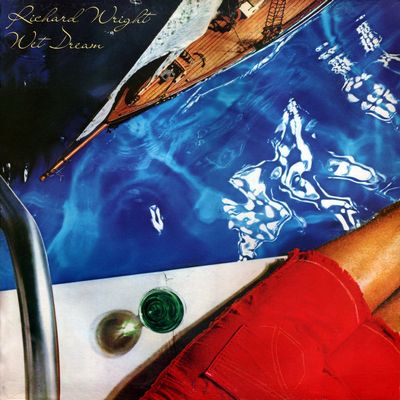 Following the release of the 1977 album Animals and its accompanying “In the Flesh” tour, Pink Floyd went on hiatus, having become popular enough to support solo albums by bandmembers who were inclined to make them. Guitarist David Gilmour and keyboard player Richard Wright were. For his album, Wright assembled some of the backing musicians who had been accompanying Pink Floyd for years, in particular reed player Mel Collins and guitarist Snowy White. So it was no surprise that the resulting record, Wet Dream, sounded like outtakes from Pink Floyd sessions. Wright’s keyboards had always been a major element in the Pink Floyd sound, and his singing and songwriting had also been a big part of the group’s music, despite the increasing domination of Roger Waters. On Wet Dream, he was interested in providing typically slow, contemplative, keyboard-based arrangements and singing (on about every other tune) in a becalmed, echoey voice of marital discord and escape. Wright’s conflict with Waters shortly would lead to his being dismissed from Pink Floyd (and then, bizarrely, hired back as a sideman), and in a sense his release of Wet Dream could be seen as an attempt to step out on his own. But the material, while pleasant enough, seemed more like music he might have written to work on with Pink Floyd if he still had as much input into the group as he had had back around the time of Dark Side of the Moon, rather than like an independent solo statement. It was hard to imagine anyone but Pink Floyd fans wanting to listen to such an album, and as it turned out not even enough of them cared, since the album sold poorly. ― Allmusic