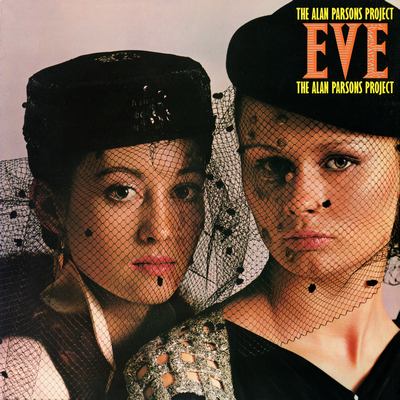 For the most part, 1979’s Eve is somewhat overlooked as being one of the Alan Parsons Project’s finest work, when in fact it involves some of this group’s most intricate songs. The album’s concept deals with the female’s overpowering effect on man. Each song touches on her ability to dissect the male ego, especially through sexual means, originating with Eve’s tempting Adam in the beginning of time. Not only does this idea gain strength as the album progresses, but a musical battle of the sexes begins to arise through each song. The gorgeous “You Won’t Be There” spotlights man’s insecurity. Sung by Dave Townsend, its melodramatic feel sets a perfect tone. The classically enhanced “Winding Me Up” follows suit, based on a woman’s ability to dominate her mate and opening up with sound of a wind-up doll being cranked. Other gems include the bitter but forceful “Damned If I Do” sung by Lenny Zakatek, and the dominating fury of “Lucifer,” a powerful instrumental. Even the loutish “You Lie Down with Dogs” bears wit with its gender inclined mud-slinging. The female vocalists, Lesley Duncan and Clare Torry do a splendid job of representing the females point of view throughout the album. Not only does Eve solidify its main idea, but the songs are highly entertaining with catchy rhythms and intelligent lyrics. Musically, the tempo appealingly switches back and forth from slow to quick, as does the temperament of the album. Somehow, Eve is dismissed as one of this band’s greatest efforts, when in fact it’s one of their finest marriages of both concept and music. ― Allmusic