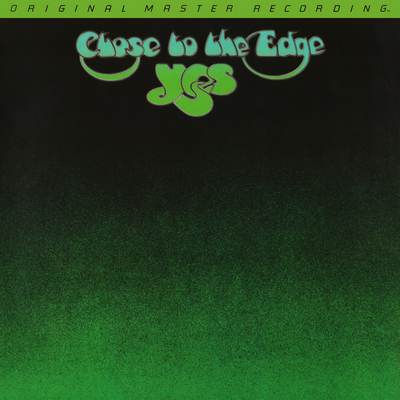 With 1971’s Fragile having left Yes poised quivering on the brink of what friend and foe acknowledged was the peak of the band’s achievement, Close to the Edge was never going to be an easy album to make. Drummer Bill Bruford was already shifting restlessly against Jon Anderson’s increasingly mystic/mystifying lyricism, while contemporary reports of the recording sessions depicted bandmate Rick Wakeman, too, as little more than an observer to the vast tapestry that Anderson, Steve Howe, and Chris Squire were creating. For it was vast. Close to the Edge comprised just three tracks, the epic “And You and I” and “Siberian Khatru,” plus a side-long title track that represented the musical, lyrical, and sonic culmination of all that Yes had worked toward over the past five years. Close to the Edge would make the Top Five on both sides of the Atlantic, dispatch Yes on the longest tour of their career so far and, if hindsight be the guide, launch the band on a downward swing that only disintegration, rebuilding, and a savage change of direction would cure. The latter, however, was still to come. In 1972, Close to the Edge was a flawless masterpiece. ― Allmusic