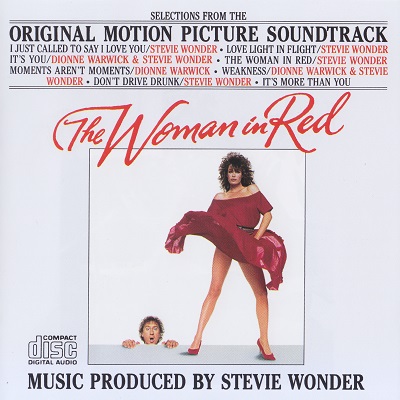 Stevie Wonder’s career in the 1980s was a source of frustration to the fans he had earned in the ’60s and ’70s. In 1982, there were a few new songs on a greatest-hits album and a duet with Paul McCartney. Then came this soundtrack to a Gene Wilder comedy that was simultaneously more of a pop vocal album than most soundtracks and yet less than a full-fledged Wonder record. The gold-selling number one hit that resulted was the sappy “I Just Called to Say I Love You,” a formulaic TV commercial-in-the-making. “Love Light in Flight” also hit, and the album featured Dionne Warwick on two duets and one solo. This was a pleasant record, but slight, and after four years, Wonder fans wanted more than that. ― Allmusic