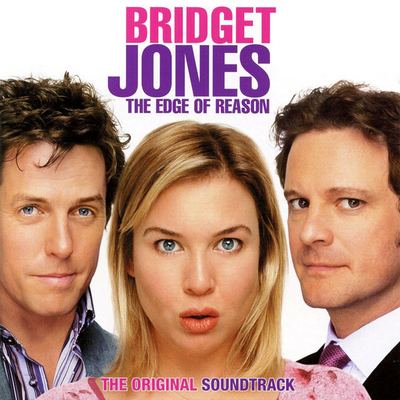 While the soundtrack to Bridget Jones: The Edge of Reason mostly follows in the MOR footsteps of the original movie’s music, it does feature a somewhat hipper and more diverse collection of songs, suggesting that Bridget’s taste in music has broadened in between films. Along with high-drama ballads like Jamelia’s “Stop” and Mary J. Blige’s cover of “Sorry Seems to Be the Hardest Word” — both of which are tailor-made for breakup scenes — the soundtrack includes the Darkness’ “I Believe in a Thing Called Love,” which might seem like a strange choice at first, but is nevertheless giddy enough to fit into a quirky rom-com like this one. In keeping with the first movie’s soundtrack, Bridget Jones: The End of Reason emphasizes its Britishness with plenty of songs by U.K. artists, including Pop Idol winner Will Young’s smooth-bordering-on-slick version of “Your Love Is King” and Joss Stone’s “Super Duper Love (Are You Digging On Me?),” a track from her first album that shows off her charm far better than her work on the Alfie soundtrack. Jamie Cullum’s take on “Everlasting Love” lacks the wit of his original music, but his skill at making the usually buoyant song sound smoky is admirable. However, Robbie Williams’ “Misunderstood,” which he co-wrote with British pop fixture Stephen Duffy, is an outright dud; it’s surprising that something so dull could be made by two of the most colorful personalities in the U.K.’s music scene. But, aside from Rufus Wainwright and Dido’s heartbreaking reading of “I Eat Dinner (When the Hunger’s Gone),” which was written by Wainwright’s mother, Anna McGarrigle, most of the album’s strongest moments come from the past, whether recent (Kylie Minogue’s “Can’t Get You Out of My Head,” Beyoncé’s “Crazy in Love”) or more distant (10cc’s “I’m Not in Love,” Minnie Riperton’s “Lovin’ You”). It’s a little on the long side and not the most creative soundtrack, but Bridget Jones: The End of Reason is a generally enjoyable, if slick, musical counterpart to the film’s frothy romantic shenanigans. ― Allmusic