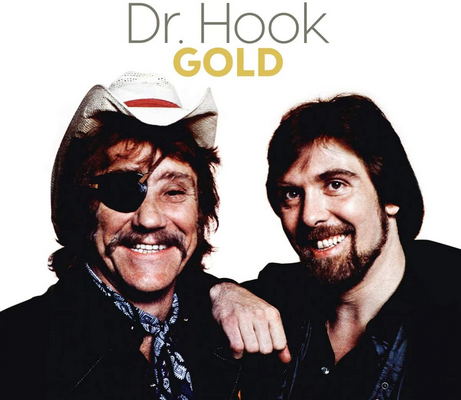 Three CD collection, the only Dr. Hook compilation you’ll ever need. Formed in New Jersey in 1968, Dr. Hook were an American rock band who found international success and became a household name throughout the ’70s and ’80s. Led by Dennis Locorriere and Ray Sawyer, the group were known for signature songs such as ‘The Cover of Rolling Stone’ and later disco-influenced soft rock tracks including ‘Sexy Eyes’ and ‘Better Love Next Time’ The group achieved an impressive 6 UK Top 10 singles including ‘Sylvia’s Mother’, ‘A Little Bit More’ and the #1 hit ‘When You’re In Love With A Beautiful Woman’. END_OF_DOCUMENT_TOKEN_TO_BE_REPLACED Dr. Hook & the Medicine Show’s sardonic, country-flavored pop/rock made them one of the most fondly remembered acts of AM pop radio’s heyday in the ’70s. Although the band had a reputation as a mouthpiece for humorist Shel Silverstein, who supplied several of their biggest hits (including “The Cover of Rolling Stone”), they didn’t rely exclusively on his material by any means END_OF_DOCUMENT_TOKEN_TO_BE_REPLACED