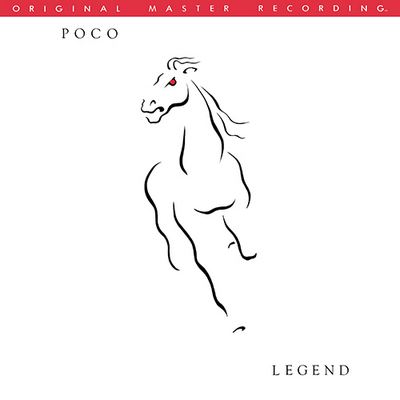 Poco’s biggest-selling album of all time also presented the biggest personnel change at one time for the then-decade-old group, whose lineup had hardly been a model of stability up to that time. Co-founding drummer/singer George Grantham and longtime bassist/singer Timothy B. Schmit were both gone, the latter off to the Eagles. Listening to parts of this album, one gets the sense that, with the arrival of Charlie Harrison (bass, harmony vocals) and Steve Chapman (drums) in the group, Poco was deliberately adopting a change in sound similar to what the Eagles went through when Joe Walsh joined, into much harder rocking territory, at least part of the time. END_OF_DOCUMENT_TOKEN_TO_BE_REPLACED Poco dealt with a lot during the recording of their debut album — the sudden departure of bassist Randy Meisner, the frustration of working with an engineer who didn’t quite get what they were trying for, and a lot of pressure to deliver a solid collection of country-rock songs — and came up with this startlingly great record, as accomplished as any of Buffalo Springfield’s releases END_OF_DOCUMENT_TOKEN_TO_BE_REPLACED