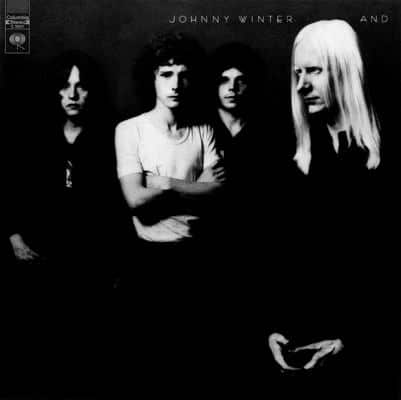 After two late-’60s albums on Columbia, Johnny Winter hit his stride in 1970 working with Rick Derringer and the McCoys, now recruited as his sidemen and collaborators (and proving with just about every note here how far they’d gotten past “Hang on Sloopy”). In place of the bluesy focus on his first two albums, Winter extended himself into more of a rock-oriented mode here, in both his singing and his selection of material. This was hard rock with a blues edge, and had a certain commercial smoothness lacking in his earlier work. Derringer’s presence on guitar and as a songwriter saw to it that Winter’s blues virtuosity was balanced by perfectly placed guitar hooks, and the two guitarists complemented each other perfectly throughout as well. There wasn’t a weak moment anywhere on the record, and if Johnny Winter And wasn’t a huge commercial success, it was mostly because of the huge amount of competition at the time from other, equally inspired players, that kept numbers like the Winter originals “Prodigal Son” and “Guess I’ll Go Away” as well as Derringer co-authored pieces such as “Look Up” from having the impact they should have had on FM radio. ― Allmusic