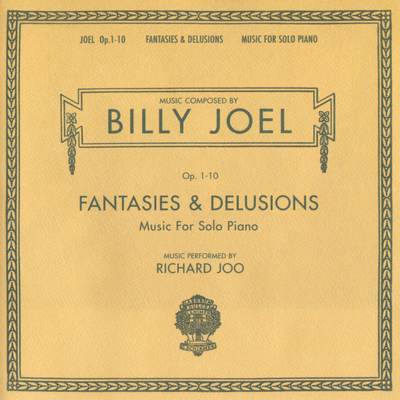 It was pretty clear that Billy Joel had run out of steam by 1993’s River of Dreams. He had shown signs of wearing on its predecessor, Storm Front, but his trademark melodic gift disappeared on River of Dreams and his words, even performances, were bone-tired — he even called the last song “The Last Song (No More Words).” So, it was no great surprise that he did not rush to record a follow-up, and when he started murmuring toward the end of the decade that perhaps he wasn’t interested in pop music anymore, nobody who paid attention could have been surprised. And it wasn’t a surprise that he decided to turn toward classical music since, by that point, it had become a cliché for pop musicians who wanted to be taken seriously. What is a surprise is that the resulting project, Fantasies & Delusions, is pretty successful — it’s a nice collection of pleasingly modest, melodic solo piano pieces, mainly sonatas, written by Joel and performed by Richard Joo. Joel succeeds because he kept his ambitions reasonable and was smart about presentation. He didn’t compose symphonies, he wrote piano pieces and passed them off to somebody who could play them dexterously in the way they were meant to be played. It’s actually charming, since it’s possible to hear Joel diligently working within the forms of classical music while retaining the recognizable melodic flair of his pop work. These are still not pieces that you’ll wind up humming, but as pop/classical crossovers go, this is among the best in recent memory — better than McCartney’s operettas and symphonies, better than Joe Jackson’s stilted work. And it’s a hell of a lot more rewarding than River of Dreams. ― Allmusic 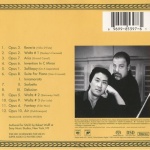 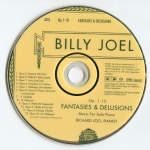