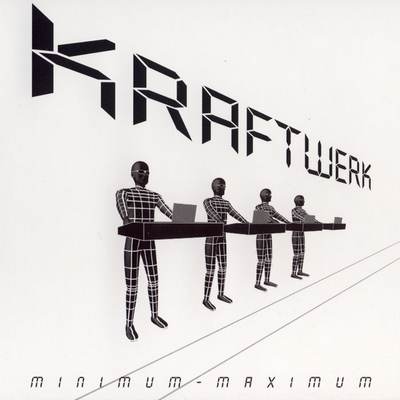 For rock bands, hauling gear across countries and continents has not changed a great deal in the past several decades. The same can’t be said for Kraftwerk. Grappling with sensitive cables and other technical gadgets in extreme climates has become a thing of the past. For them, everything has become easier to manage and transport, so it’s natural that they’d become more enthusiastic about touring. Recorded during the group’s 2004 journey through Europe, Japan, and the U.S., Minimum-Maximum is a two-disc representation of their revitalized live show. Visuals are such a crucial aspect of their performances that the set will naturally fall short of making you feel as if you are there — whether it’s Moscow, Warsaw, Budapest, or San Francisco — while in your car or living room. More crucially, who really knows exactly how much live manipulation is going on with the elements of each track? Whatever the case, it all sounds good — sharp, vibrant, alive. The original arrangements are often altered slightly, the tracks are tactfully sequenced, and the crowd noise is kept to a minimum (either near the close of a track or in recognition of one as it begins), so the release is sort of a glorified greatest-hits collection. Along with some wise selections from 2003’s Tour de France Soundtracks, there’s plenty of the expected classic material, all of which has given life to so much industrial, dance, and rap music. (You could, in fact, walk into the average techno club or turn on a mainstream radio station the week this was released and hear traces of Kraftwerk in one form or another.) “Radioactivity” and “The Robots,” two of the more altered tracks, contain the greatest thrills; the former’s permafrost placidity spirals into a frictionless dancefloor charge, while the latter is more muscular than ever, acknowledging advancements made by acolytes Model 500 and Underground Resistance. ― Allmusic 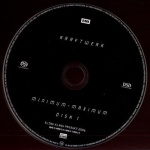 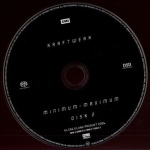 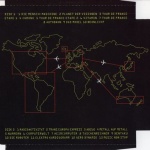