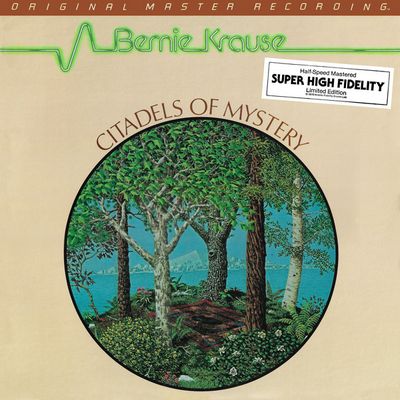 Considering the fraught circumstances in which this album was recorded, it’s a miracle it sounds as serene as it does. Originally, this was planned as a collaborative project between Krause and his musical partner, Paul Beaver, for Columbia, but that deal collapsed when CBS executive Clive Davis was fired. Then Beaver died of a brain hemorrhage in January 1975, leaving Krause to record it for Takoma as a solo artist, albeit with the help of numerous side players (including a young Mark Isham, who plays flügelhorn on “Heights of Machu Picchu”) and arrangers. Then the record wasn’t released for another four years. In some respects — particularly the mellow jazz-pop melodies on much of the material — it was of its time. In other respects it was ahead of its time, particularly in the genre-blending of the arrangements, which mixed fusion-like jazz with Latin-flavored production, Krause’s own synthesizer shadings, film score-like ambience, and some of the placid traits that would come to be associated with new age music. It’s a hard album to describe and evaluate, because in some respects it’s so ordinary and bland, and in others rather far-out. The blandest aspects are the smooth jazz-pop casts of some of the melodies and arrangements, as well as the occasional hokeyness of some of the more dramatic-cinematic passages. But these weave in and out of pretty cool-sounding tribal-type percussive segments, some eerie synthesizer parts (as on the fade of “Flight to Urubamba”), and chant-singing that sounds like it’s out of an Afro-Caribbean ritual. The very beginning of “Citadel, Ay Bobo,” in fact, almost sounds like Bobby McFerrin gone ethnic-avant-garde. It would have been a more interesting (if less accessible) record had Krause concentrated on those weirdest parts. But if that’s what you want, you’d be better off hunting down early Exuma albums rather than something like this, which had a far greater outreach to mainstream listeners. ― Allmusic