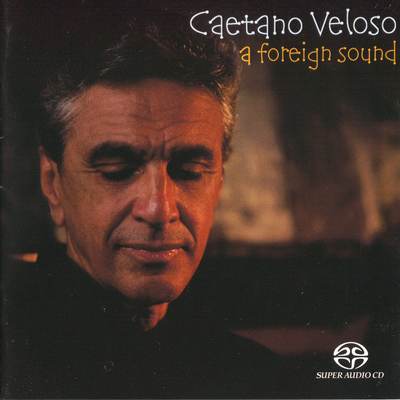 When an international artist records an English-language album, crossover is usually in the cards. For Caetano Veloso, however, it’s an entirely different matter. The statesman of Brazilian pop, a musical giant who is on track to record more in his fifth decade of artistic striving than in any other (not to mention his accompanying exploits in literature), Veloso has no need to begin an American campaign. He also has shown no wish to. Caetano Veloso has never courted an American audience, though he has drawn a sizeable one because of his prescient, emotionally charged songwriting and a performance style that can be studied or unhinged depending on the circumstances required. A Foreign Sound is not only an English-language album but an American songbook, one that explores Veloso’s long fascination with the greatest composers in American history. It began when he was a child in the ’40s and ’50s enamored of American culture, was strengthened when his hero João Gilberto began championing the great American songbook, and has remained steady if not continuous through his artistic career. The record is perhaps his most ambitious project ever, a 22-song album that ranges for its material from emperors of Broadway to the denizens of folk music, from the cultured (Rodgers & Hart’s “Manhattan”) to the torchy (Jerome Kern’s “Smoke Gets in Your Eyes”) to the gritty (Nirvana’s “Come as You Are”). Veloso’s high tenor has only strengthened 30 years after his other English-language record — an eponymous 1971 LP, recorded in London as a forlorn postcard to the country he had been forcibly removed from by Brazil’s fascist-leaning government. Although few recordings in his discography (or any other’s) can rival that one’s emotional power, A Foreign Sound comes very close. Veloso transforms these standards by a clever combination of his subtle interpretive gifts, his precise, literate delivery, and his ability to frame each song with an arrangement that fits perfectly (usually either a small group led by his acoustic guitar or a small string group, though “Love for Sale” is given a spine-tingling a cappella treatment). Out of 22 songs, only Bob Dylan’s “It’s Alright, Ma (I’m Only Bleeding)” sounds like a mistake; every other performance here is nearly irresistible, the perfect valentine to a country with a strong songwriting tradition that Veloso unites and celebrates with this album. ― Allmusic 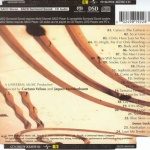 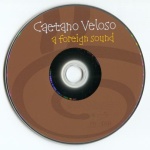