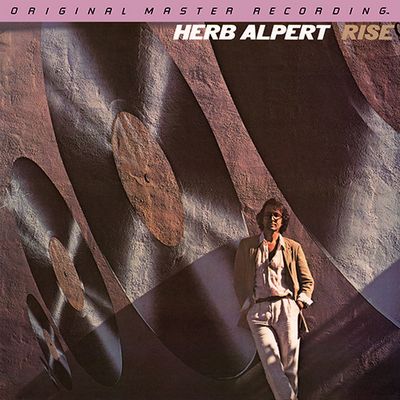 If the 12″ single of Herb Alpert’s “Rise” hadn’t taken over the charts the way it did back in 1979, one wonders if anyone would have gotten around to checking out the Tijuana Brass, or if Alpert would have gone down in the books as the guy who had a number one with a Burt Bacharach tune (“This Guy’s in Love with You”). Instead, the cut energized the entire dance club generation, with DJs looking for new grooves, and it even ended up being used by Sean “Puffy” Combs on the Notorious B.I.G.’s Hypnotise, albeit in a drastically re-morphed form. The single began as a disc track composed by Alpert’s nephew Randy and his pal Andy Armer. Alpert suggested they slow the groove way down and turn it into a slow mover. They issued it without an album to go with it, simply as a single on A&M. Club DJs picked up on it and began using duplicate copies either to let the percussion break go on a bit longer before trumpet kicked in, or playing one copy just behind another, creating a call-and-response melody with the trumpet and the rhythm section. After the single stormed the charts and stayed there all summer, eventually hitting the number one spot, Alpert, Armer, and friends went about assembling an album to capitalize on it. ― by Allmusic