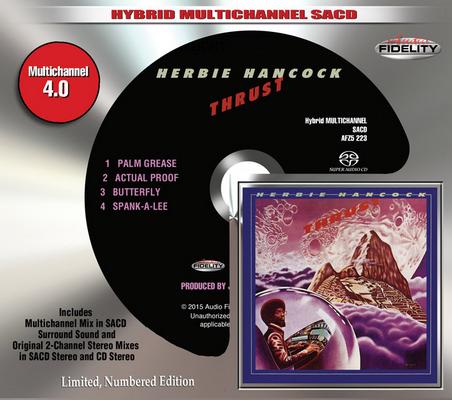 The follow-up to the breakthrough Headhunters album was virtually as good as its wildly successful predecessor: an earthy, funky, yet often harmonically and rhythmically sophisticated tour de force. There is only one change in the Headhunters lineup — swapping drummer Harvey Mason for Mike Clark — and the switch results in grooves that are even more complex. Hancock continues to reach into the rapidly changing high-tech world for new sounds, most notably the metallic sheen of the then-new ARP string synthesizer which was already becoming a staple item on pop and jazz-rock records. Again, there are only four long tracks, three of which (“Palm Grease,” “Actual Proof,” “Spank-A-Lee”) concentrate on the funk, with plenty of Hancock’s wah-wah clavinet, synthesizer textures and effects, and electric piano ruminations that still venture beyond the outer limits of post-bop. The change-of-pace is one of Hancock’s loveliest electric pieces, “Butterfly,” a match for any tune he’s written before or since, with shimmering synth textures and Bennie Maupin soaring on soprano (Hancock would re-record it 20 years later on Dis Is Da Drum, but this is the one to hear). This supertight jazz-funk quintet album still sounds invigorating a quarter of a century later. ― Allmusic 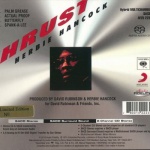