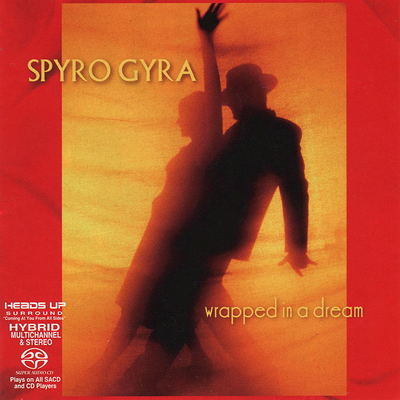 The Buffalo-based instrumental ensemble is always credited for contributing to the pop, R&B, and jazz hybrid that eventually evolved into today’s smooth jazz — but happily, as the music in that genre has gotten slightly more predictable, Spyro Gyra have been rocking, rolling, and improvising in a lot of unexpected directions. So after nine Grammy nominations and nearly 11 million albums sold, where do saxman Jay Beckenstein, keyboardist Tom Schuman, and company turn to wrap themselves in a dream? How about some “Impressions of Madrid,” a moody, super-sultry Latin meditation that weaves the saxman’s soprano with his own flute and (for the first time) Spanish chanting. Former full-time member Dave Samuels (marimba) and acoustic guitarist Julio Fernandez make this an irresistible, totally trippy excursion. Closer to home, Beckenstein segues into the soulful, easy-rocking blues flavors of “Impressions of Toledo” — less exotic to be sure, but still loads of fun, with ample opportunity for his mates to jam and solo. The band also makes up new titles as clever and weird as its own name, via the steamy and mysterious, strutting blues drench of “The Voodooyoodoo” and the South African/gospel-infused closer, “Woogitybop,” which features some of Beckenstein’s most aggressive blowing amidst rich horn textures. Not that it’s ultra-important, but there are a few tracks that could qualify as artsy “smooth jazz,” like Schuman’s punchy “Walkin’ Home” and the lone outside composition, Chuck Loeb’s bouncy, super-funky “Tuesday.” Mostly, this is Spyro Gyra doing what they’ve done best in the 2000s — staying engaging and accessible while stretching out, taking risks, and having a blast like the kids they were in the ’70s. ― Allmusic