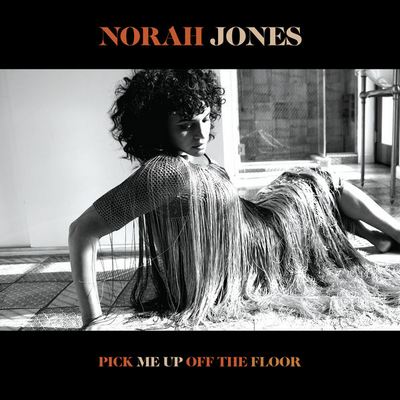 Once she came to the end of the promotional cycle for 2016’s Day Breaks, Norah Jones decided to challenge herself by recording a series of swift sessions with a rotating cast of collaborators. The intention was to release the results quickly, issuing them as a digital single at a time, and Jones followed through on this plan, releasing a new song every few months throughout 2018. These tunes were rounded up on 2019’s Begin Again, but that wasn’t the end of the project. Jones cut a number of songs during these sessions that were unreleased but not forgotten by the singer/songwriter. She kept listening to the rough mixes, eventually coming to the conclusion that these tracks would make a strong album of their own accord. Pick Me Up Off the Floor proves her instincts were correct. Lacking the purposeful digressions of Begin Again — an album where the digressions were the entire point — Pick Me Up Off the Floor is a tighter affair than its companion record, firmly rooted in the after-hours jazz-folk-pop hybrid that’s Jones’ calling card. Some of the cohesion may be due to how a good chunk of the album is anchored by her standby drummer Brian Blade, but it’s also true that this record’s collaboration with Jeff Tweedy is the amiably rambling “I’m Alive,” a number that is firmly stationed within Jones’ wheelhouse. The same could be said about Pick Me Up Off the Floor in general. There are accents and flourishes that distinguish the tunes — “Flame Twin” is charged by curlicues of guitars and smears of organ, “To Live” is graced by muted horns straight out of the Big Easy — but as a collection of songs, Pick Me Up Off the Floor winds up emphasizing how Jones slyly and elegantly synthesizes a pop sensibility with a jazz execution, a fusion that is comforting yet relies on her idiosyncratic twists. This blend of warmth and invention is what’s so appealing about Pick Me Up Off the Floor: the shape may seem familiar, but the construction of the songs and the inventiveness of the performance keeps it fresh and surprising even after the first listen. ― Allmusic