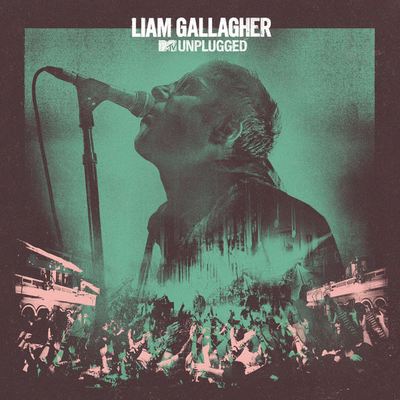 Back at the height of their reign in 1996, Oasis agreed to record an episode of MTV Unplugged at London’s Royal Festival Hall. Hours before the taping, the band announced Liam Gallagher would not be singing that evening due to a “sore throat,” so his brother Noel wound up singing the set. At the time, the excuse seemed thin and Noel later claimed his sibling “turned up absolutely sh**faced,” an assessment that jibes with how Liam proceeded to take a seat in the audience so he could booze and heckle his bandmates. It all amounted to the stuff of legend, but it did mean Liam Gallagher had a bit of a blackmark on his resume in terms of MTV Unplugged. Recorded in Hull during the supporting tour for 2019’s Why Me? Why Not. MTV Unplugged showcases the cleaned-up, professional, middle-aged incarnation of Liam Gallagher, one who is healthy, punctual, and just a bit cranky. That hint of grit can be heard in his phasing — his sneer is still here, it’s merely modulated with aplomb — and in his patter, but the individual performances are executed with precision and the desire to please. Liam chose a set list that’s heavy on ballads — after the dual openers of “Wall of Glass” and “Some Might Say,” the tempos remain firmly in the mid-range — and that gives plenty of space for the Urban Soul Orchestra to add color, but the real noteworthy guest is Bonehead, the guitarist who stood alongside the Gallaghers during the supernova ’90s. Those days are far enough in the past to make this entire MTV Unplugged an exercise in nostalgia, a sentiment underscored by the rose-colored solo song “Once,” but Liam is still in fine form, making this record an endearing and entertaining listen for anybody who shares fond memories of the glory days of Cool Britannia. ― Allmusic