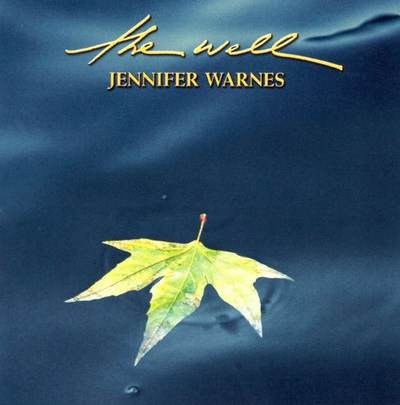 Jennifer Warnes became a household name in the ’70s with her hit “Right Time of the Night” and scored equally big with the Righteous Brothers’ Bill Medley on “The Time of My Life” from the film Dirty Dancing. She also wowed critics and fans alike with Famous Blue Raincoat, her album of Leonard Cohen songs. In all, she’s sold over 35 million records worldwide, but she’s hardly a household name. Warnes has returned to the recording scene for the first time since 1992 with The Well, a collection ten songs co-produced with Martin Davich. And what a collection it is. As a singer and a songwriter, Warnes knows her strengths well. She understates lyrics and musical phrases as a way of getting them to open up on their own through her gorgeously wrought singing. She’s no acrobat; she doesn’t reach for the note that breaks the pitch-meter. Instead, she allows her voice to come up from the heart of the lyric she’s singing. She wears the song and allows the song to adorn her as well, whether plaintively, as on the title track, one of her co-writes with Texas legend Doyle Bramhall, or her lilting, haunting, spiritual tome “Prairie Melancholy.” When doing takes on the songs of others, such as Tom Waits’ nugget “Invitation to the Blues,” she imbues them with the soft, bluesy swing inherent in the original, but adds depth and dimension with her dry, reportorial storytelling (with fine guitar work from Doyle Bramhall). The songs on The Well seem spare and open, layered lightly, and full of room for Warnes’ warm voice to reveal the wealth of emotions in the tunes themselves. But what’s interesting is without it being noticeable to the listener, there are small but lush string sections, a few horns here and there, and a full-on four-piece rock band. Her reading of Billy Joel’s “So It Goes” is virtually a reinvention of the song. She offers this song from a heart that has been cracked enough times, to paraphrase her friend Cohen, that it has been flooded with light. But it’s the songs with Bramhall that are the masterpieces here; they reveal the subtle, bluesy textures of Texas and the strength in expressing one’s vulnerability to forces one does not understand, such as on “The Panther.” As if to underline the evidence, there is a vocal duet between them on Eddy Arnold’s country swing gem “You Don’t Know Me” that rivals Ray Charles’ version for pure, expressive passion. With her stunning rendition of Arlo Guthrie’s “Patriot’s Dream,” she is backed by a folk music symphony orchestra, with Guthrie himself lending a guest vocal as well as Blondie Chaplin and Kenny Edwards, with a Carmen accordion appearance by Van Dyke Parks. The set ends with a piano trio reprise of the title track that wraps all the magic up into a circle, as if these songs were a cycle of mystery, sensuality, and imagination from the very beginning. And, of course they were; Warnes isn’t capable of anything less. Welcome back, Jennifer Warnes, you’ve been missed. ― Allmusic 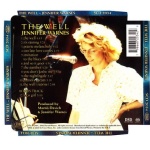 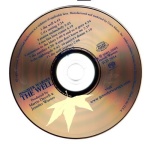