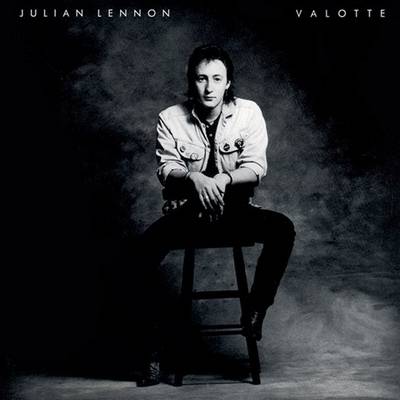 Julian Lennon released his debut, Valotte, in 1984, not even a full four years after his father John’s assassination. The wounds were still fresh and there were millions of listeners ready to embrace the son of a Beatle, particularly when he sounded remarkably like his father on the stately piano-led ballad “Valotte,” the first single from the album. Its elegant evocation of late-period Beatles — deliberate but not self-conscious — invited some carping criticisms that Julian was riding on his father’s coattails when the reality is this: any pop singer/songwriter of Julian’s generation was bound to be influenced by the Beatles. At his best on Valotte — particularly the title track, but also the caramelized psychedelic chorus of “Well I Don’t Know,” the tightly wound “Say You’re Wrong,” and the spare, simple closer “Let Me Be” — Julian demonstrated a keen ear for Beatlesque pop songwriting, drawing equally from Lennon and McCartney. At his worst, he followed synthesized ’80s conventions, relying a little bit too heavily on rigidly sequenced rhythms and canned keyboards. These are the elements that date Valotte, taking down some otherwise charming songs like the bouncy “Too Late for Goodbyes,” but beneath this shiny gloss, this is by any measure the debut of a gifted pop melodicist. ― Allmusic